Our beloved pets are very much a part of the family. So, when it comes to saying goodbye, it can be heartbreaking. This can be a very emotional and tough time for you all to deal with.

How do you know when the time is right? This can be the one of the hardest and biggest decisions that you will ever make, believe me, I know… 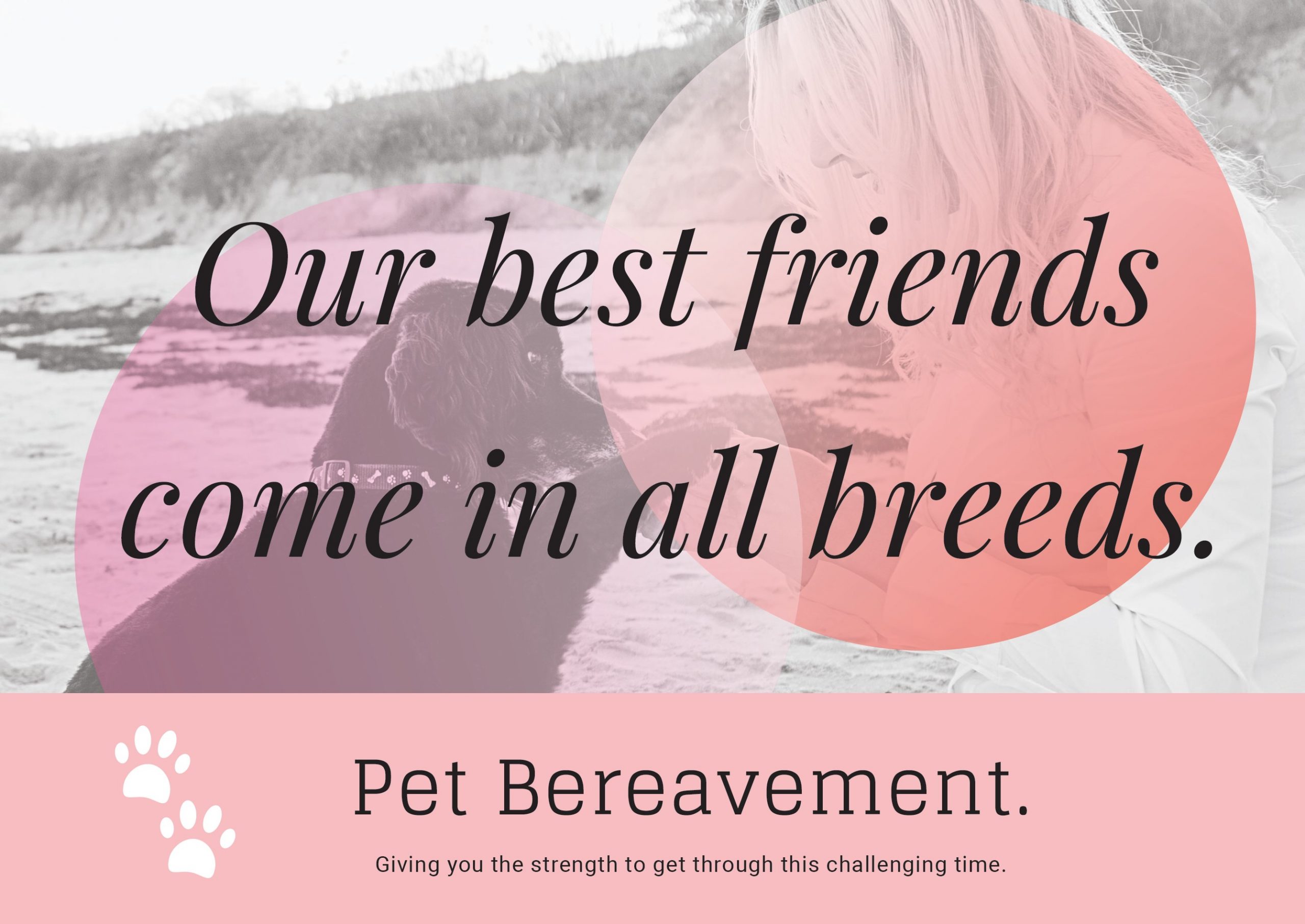 Pet Bereavement Counselling was one of the most emotional courses I have ever learnt, and here’s why…

“I knew Liu Liu had something going on and as her human mum, you just know that they are not the same, they seemed to have grown old just like that and the grey where did that come from. So when I took her to the vet, I listened, but I didn’t… deep down, I didn’t want to know, so rather than thinking about what she had going on inside her and how long she may or may not have left, I took my darling girl in my arms and held her tight.

Oh the times that I cried and cried and cried some more, knowing the inevitable was looming, speaking to her though, made it easier to deal with.  I lay with her for hours, especially when she couldn’t get up hugged her so tight, my tears streaming down my face onto her fur.

I told her that when she was ready she should go, three was no need to hang on because of me, you see I knew her brother was waiting; Tommy the Lhasa and he wanted to play, so who am I to stop that reunion… By god it was hard though, the pain in my heart.

And then one day she just laid down by my bedroom door and that was it.  So the decision was made and she had made it.  I just had to keep the promise that I made, that when she was ready she should go, oh how it broke my heart but she gave me that extra time and we played, had lovely walks when she could, we sat and watched the sunset’s together, she was my world,  I looked into those deep brown eyes of hers but I had to let her go, it was her time.

Read my letter to Liu Liu on my Blog

So when you need to make THAT decision, remember it is always what is best for you beloved pet and not what is best for YOU. Your vet can give you that much needed advice, ask the questions, then ask some more.

Preparing for the loss that is to come.

Let’s start by saying that you may never be prepared, like never… and it can all be very stressful and difficult to cope with.

So how do you cope and how can I help you?

As a Pet Bereavement Counsellor, I have worked with many clients to help them through this very emotional and stressful time. Because you know what… 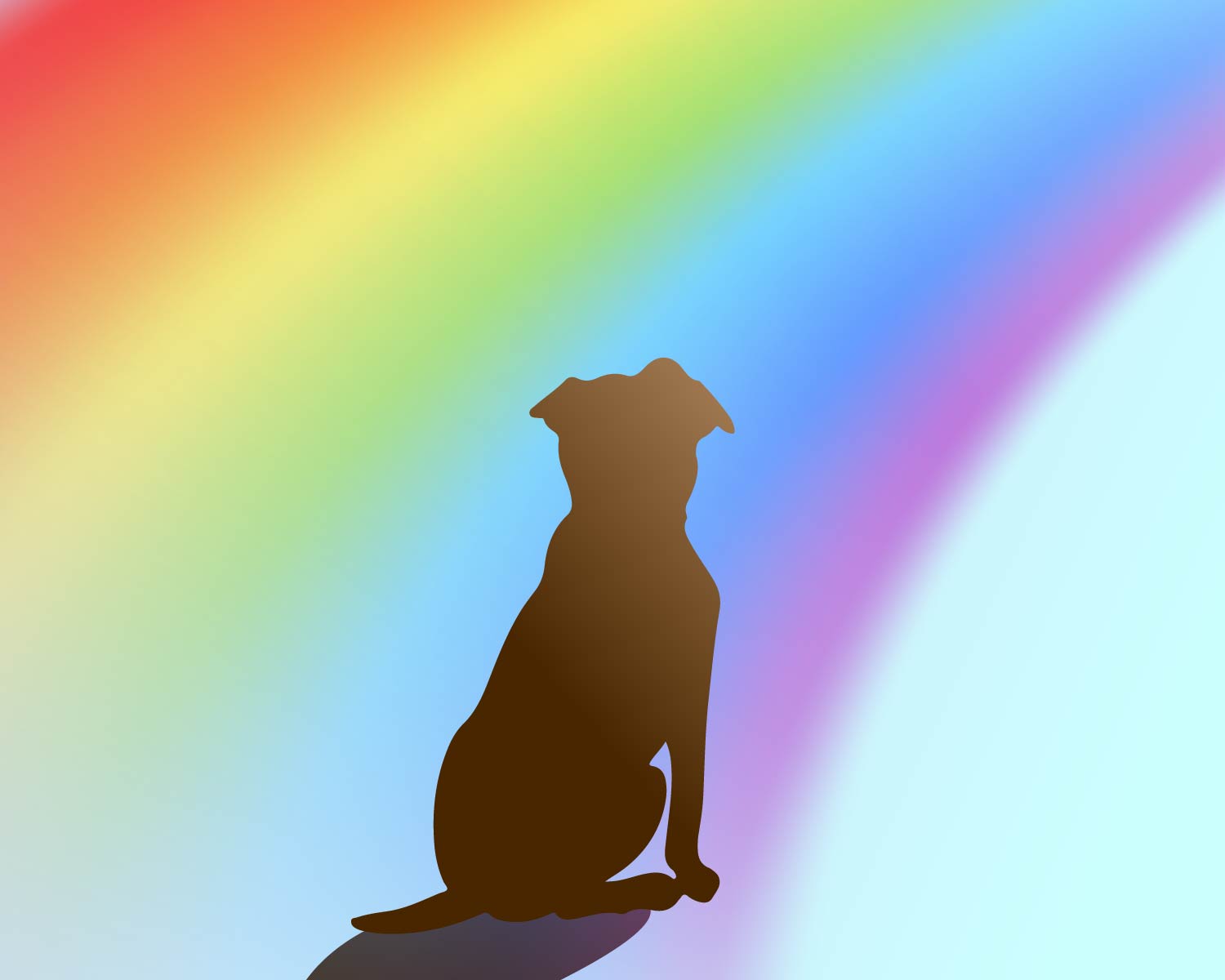 All these feelings and emotions are normal and this is The Grieving Process, however, it can be draining and exhausting. No one can understand how it feels to lose a pet unless you have actually gone through it yourself.

I am based in Jersey, Channel Islands and can work face to face or over Zoom. I will help you through this heartbreaking journey; before, during and after. You will cry, and you will laugh but you know what; even though your heart may ache, it will be full of that unconditional love they gave you and you gave them. Your beloved pet will hold that love within them when crossing over and you will see them again, they will be there, the day you leave this world as if it were only yesterday, because they always knew when you would be coming home, they always knew.

Don't go through it alone - Get in Touch

This is one of many poems about losing a pet that I love, even though I cried all the way through it and still do, I thought I would share it with you.

Dogs Never Die. They are Sleeping in Your Heart.
By Ernest Montague

Ernest, wrote this beautiful article and says, “I wrote this several years ago in memory of Bolo, a black and white Pit Bull who would always go for a walk, right up to the day he died. He might only get 15 feet before he stopped and looked at me and gave me the look: ‘I can’t go any further. But don’t you think for one minute I’m done walking.’”

“Some of you, particularly those who think they have recently lost a dog to ‘death’, don’t really understand this. I’ve had no desire to explain, but won’t be around forever and must.

Dogs never die. They don’t know how to.

They get tired, and very old, and their bones hurt. Of course they don’t die. If they did they would not want to always go for a walk, even long after their old bones say: ‘No, no, not a good idea. Let’s not go for a walk.’ Nope, dogs always want to go for a walk. They might get one step before their aging tendons collapse them into a heap on the floor, but that’s what dogs are. They walk.

It’s not that they dislike your company. On the contrary, a walk with you is all there is. Their boss, and the cacaphonic symphony of odour that the world is. Cat poop, another dog’s mark, a rotting chicken bone (exultation), and you. That’s what makes their world perfect, and in a perfect world death has no place.</P

However, dogs get very, very sleepy. That’s the thing, you see. They don’t teach you that at the fancy university where they explain about quarks, gluons, and Keynesian economics. They know so much they forget that dogs never die. It’s a shame, really. Dogs have so much to offer and people just talk a lot.

When you think your dog has died, it has just fallen asleep in your heart. And by the way, it is wagging its tail madly, you see, and that’s why your chest hurts so much and you cry all the time. Who would not cry with a happy dog wagging its tail in their chest. Ouch! Wap wap wap wap wap, that hurts. But they only wag when they wake up. That’s when they say: ‘Thanks Boss! Thanks for a warm place to sleep and always next to your heart, the best place.’

When they first fall asleep, they wake up all the time, and that’s why, of course, you cry all the time. Wap, wap, wap. After a while they sleep more. (remember, a dog while is not a human while). You take your dog for walk, it’s a day full of adventure in an hour. Then you come home and it’s a week, well one of your days, but a week, really, before the dog gets another walk. No WONDER they love walks).

Anyway, like I was saying, they fall asleep in your heart, and when they wake up, they wag their tail. After a few dog years, they sleep for longer naps, and you would too. They were a GOOD DOG all their life, and you both know it. It gets tiring being a good dog all the time, particularly when you get old and your bones hurt and you fall on your face and don’t want to go outside to pee when it is raining but do anyway, because you are a good dog. So understand, after they have been sleeping in your heart, they will sleep longer and longer.

But don’t get fooled. They are not ‘dead.’ There’s no such thing, really. They are sleeping in your heart, and they will wake up, usually when you’re not expecting it. It’s just who they are.

I feel sorry for people who don’t have dogs sleeping in their heart. You’ve missed so much.